During the past five years that the European Inhibitor Network is operational, we have been increasingly aware of the groups that need a lot of support, but unfortunately continue to stay out of focus – partners and parents of patients with inhibitors. Each year during the peer-to-peer sessions at the EHC Inhibitor Summit, we witness a magical interaction between the participants who are in similar situations, and feel that there is a great need for this kind of connection.

On this note it was decided to dedicate the last session of  “Happy 1/2 Hour with an Expert in Haemophilia Care” before we take a summer break to looking at how to support the caregivers of the people with inhibitors, the parents and the partners.

Join the session “How to care for those who care? Care for caregivers” on Monday, 22 June at 19:00 Brussels time and get your questions answered, as well as receive some useful tips, if you are caregiver yourself! Our invited expert for this session will be Ms Christina Burgess, Director at Haemophilia and Bleeding Disorders Counselling Association (HBDCA) in London, UK.

This event will be a closed video conference. To join please register here. 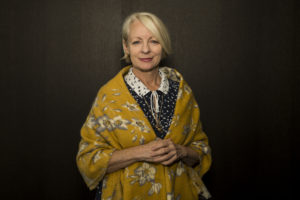 Christina Burgess was formerly Head of Services at the UK Haemophilia Society (2014 – 2017), where she devised and developed many of the services that exist there today. Christina had trained as a counsellor for British Airways many years ago and has always recognised the importance of mental wellbeing on people’s quality of life. To this end, having recognised the lack of psychological support in the UK for people in the bleeding disorders community, in early 2018 Christina founded HBDCA (Haemophilia and Bleeding Disorders Counselling Association), of which she is Director. The team at HBDCA have in-depth knowledge of bleeding disorders, either having a disorder themselves, being the parent of a child with a disorder, or had already worked in bleeding disorder psychological support. Having been contracted in 2019 to provide psychological support to patients at the Royal London Haemophilia Department, HBDCA looks forward to returning there once the Covid-19 situation resolves.

Christina is privileged to have been a member of the EHC Inhibitor Working Group since 2015, a community she is passionate about. She is also Secretary of the EAHAD Psychosocial Working Group, which aims to improve access to, and provision of, psychosocial support across Europe. In addition, Christina is a consultant and committee member of LFwBD, (Local Families with Bleeding Disorders) a new charity in the UK. Christina was interim CEO, in 2017 – 2018, whilst setting up HBDCA, of CARIS Haringey a homeless charity in north London. She is now a trustee and committed volunteer. On 2 June, CARIS was awarded the Queen’s Award for Voluntary Service.